Home » Media » All About the Entourage Effect & CBD 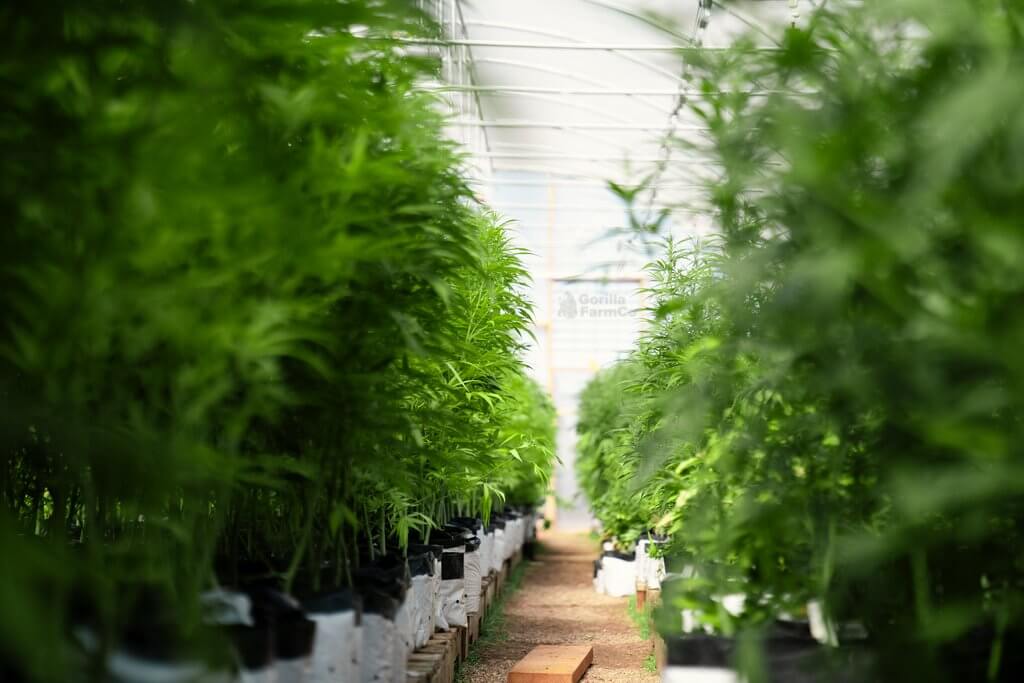 What is the “entourage effect”? You may have heard full spectrum or broad spectrum products being discussed as having an entourage effect with CBD, but it’s rarely explained. It sounds positive, but how does it work, and why is it suspected to have benefits beyond isolated CBD?

Here, we’ll delve into the science behind the entourage effect and CBD and how cannabinoids can potentially work together for increased potency and efficacy.

The History of the Entourage Effect and CBD

The idea of the entourage effect was first conceived in 1999 by researchers Dr. Raphael Mechoulam and Shimon Ben-Shabat. They proposed that cannabinoids like CBD make THC much more effective than when THC is used in isolation.

At first, this was little more than a theory, but extensive research done since then has added more weight to their hypothesis. Since 1999, many studies have taken place that suggests cannabinoids work synergistically together to produce a stronger effect, which may someday have pharmacological uses and unprecedented wellness benefits.

What Else Does Hemp Extract Contain?

There are more than just cannabinoids that work together for wellness benefits inside the hemp plant. Some of the other beneficial components contained in the hemp plant are known as terpenes.

Terpenes are the aromatic oils that give cannabis, and many other plants, their distinctive scents. Terpenes are part of the lipid family, which also contains cannabinoids, proteins, fats, and gums. There are over 100 terpenes found in the cannabis plant, each with its own unique aroma. Different varieties, or strains, of cannabis have their own unique terpenes, which many cannabis connoisseurs use to tell the strains apart.

Terpenes can have different effects, ranging from relaxation to focus to improved mood. You can sometimes find a terpene profile in a lab report or Certificate of Analysis (CoA). Terpene molecules have been observed to synergize with other compounds found in the hemp plant for an enhanced effect, adding more weight to the hypotheses behind the entourage effect and CBD.

By understanding the theory of the entourage effect and CBD, you can understand why so many people believe that broad and/or full spectrum CBD products are the most effective overall.

It is widely believed that taking all hemp derivatives in conjunction with each other can have an enhanced effect. For example, CBD capsules designed for sleep often use broad spectrum hemp extract in order to accentuate the calming benefits of CBD and have a more powerful effect.

An important note: Even legal trace amounts of THC can still cause you to fail a drug test. Use caution whenever you choose to use full spectrum CBD products. Even though these products don’t contain enough THC to produce a psychoactive effect, trace amounts still might show up on the types of tests many employers and government agencies use.

Chances are you’ve heard about all the potentially negative effects THC can have. THC has many known wellness benefits, but it can also create paranoia, increased appetite, nausea, and other off-putting effects.

Part of what makes the entourage effect and CBD so intriguing is that CBD can potentially reduce or negate the negative side effects of THC, making them work more effectively in tandem. Some people who have tried isolated medical marijuana have found the paranoia or nausea-inducing effects too strong to work as a viable pain reliever, which has inspired many researchers to look into potential solutions to the side effects. CBD seems to be the most promising thus far, and many users assert that a 2:1 ratio of CBD to THC (or similar) can have the best potential benefits in quelling the negative side effects of THC.

In his 2011 research paper “Taming THC: potential cannabis synergy and phytocannabinoid-terpenoid entourage effects,” Ethan B. Russo concludes that CBD has potentially positive benefits when used in conjunction with THC. He states:

A better future via cannabis phytochemistry may be an achievable goal through further research of the entourage effect in this versatile plant that may help it fulfill its promise as a pharmacological treasure trove.

This study came out well before commercial hemp growing was re-legalized in the United States under the 2018 Farm Bill. Now, hundreds of studies are being released every year, furthering the public’s knowledge of the entourage effect and CBD.

There is still so much we don’t know about the entourage effect, the endocannabinoid system, and cannabinoids beyond CBD and THC. We just have to eagerly wait and see what else scientists have to say in the future about this promising theory.

If we’ve successfully answered the question “what is the entourage effect?” but you’re still curious, we encourage you to try broad spectrum or full spectrum CBD for yourself!

Green Gorilla™ hemp CBD products are unique in the industry because of our farm-to-shelf process, which includes sustainable, regenerative farming practices that protect the Earth while producing the best possible effects hemp has to offer. We were the first USDA Certified Organic hemp CBD brand in the country, and we use no pesticides, harsh chemicals, or harmful ingredients in any of our products.

Every ingredient we feature in our products is from a clean, certified organic source. If you’re interested in seeing if the entourage effect and CBD will have an improved effect on your lifestyle, explore our wide range of oils, skincare, capsules, gummies, pet care, and more!